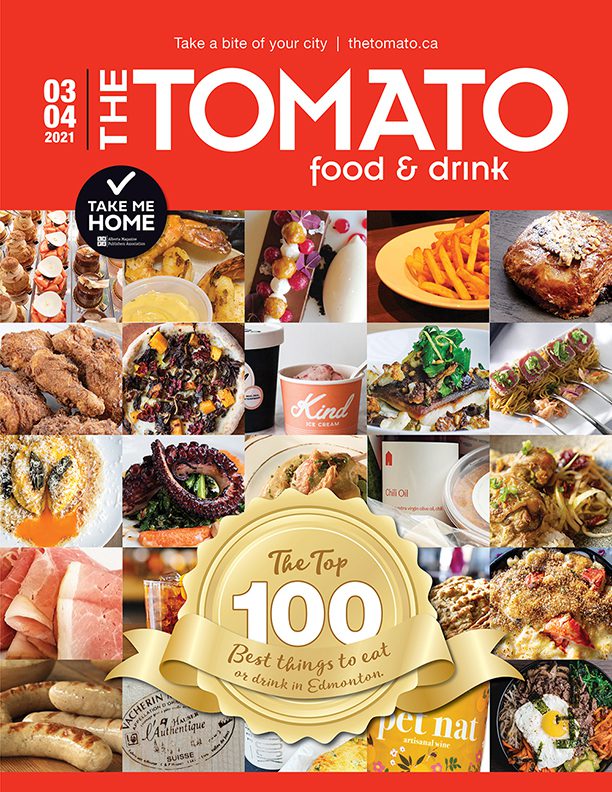 Since 1996, The Tomato has covered the food and drink scene in Edmonton, from local farmers to kitchen stores. Restaurants are part of that story, says editor-in-chief Mary Bailey, but they aren’t the whole story.

That changed when the COVID-19 pandemic hit the city, with restaurants feeling the brunt of restrictions and closures.

“They were put in a horrible situation to benefit the entire community, so it wasn’t time to ignore their plight,” says Bailey. “We felt that the restaurant community really needed action from us and from our readers. They needed very practical support.”

The Tomato adapted to help and became, temporarily, a restaurant publication. It explained what efforts restaurants were undertaking and how chefs were approaching their business. In mid-March 2020, The Tomato started to run a list on their Facebook page detailing what changes restaurants were making: who was still open for takeout, what hours had been changed, and so on. The posts received a lot of engagement from their readers and the public.

“It wasn’t pretty, it was just a list,” says Bailey, “but it was giving people information that they couldn’t really find anywhere else.”

The Tomato is a bi-monthly print publication, with a weekly email newsletter as well. But the pace of the pandemic necessitated daily reporting, as everything became much more “immediate.”

“Things were changing so quickly, it was really hard to plan for next week, let alone next month,” says Bailey. “We saw so much courage and there were so many clever, responsive things that restaurants were doing.”

Some high-end restaurants adapted by preparing and selling meal kits – an ingenious effort that made “meal kits” the number one thing on The Tomato’s list of the Top 100 Best Things To Eat or Drink in Edmonton.

The past year has also reinforced The Tomato’s commitment to social causes, with more donations of ad space in its print pages.

“It was such a year of upheaval and rapid and not necessarily positive change, so we felt a real responsibility to reflect that through our advertising pages,” says Bailey.

That includes ads for Edmonton’s Food Bank, a full page donated to Black Lives Matter in their July/August 2020 issue and, in upcoming issues, pages donated to the Stop Asian Hate campaign. It’s an effort Bailey says will continue: many Edmonton restauranteurs are part of marginalized communities that have been directly affected by acts of racism, particularly in the past year.

“We’re not going to turn our backs on them.”

It would have to be my sister’s Seventeen magazines. She was 10 years older than me, so it was like another world. Then when I was in university, it was more Gourmet and Bon Appétit.

You just feel so close to what’s happening, like you are in it. You’re not watching it, you are in it and that’s what I love about it.

Local photographer Curtis Comeau. I think his portraiture is spectacular.

Calgary food writer Julia Van Rosendaal has been knocking it out of the park as well, especially with “buttergate.”