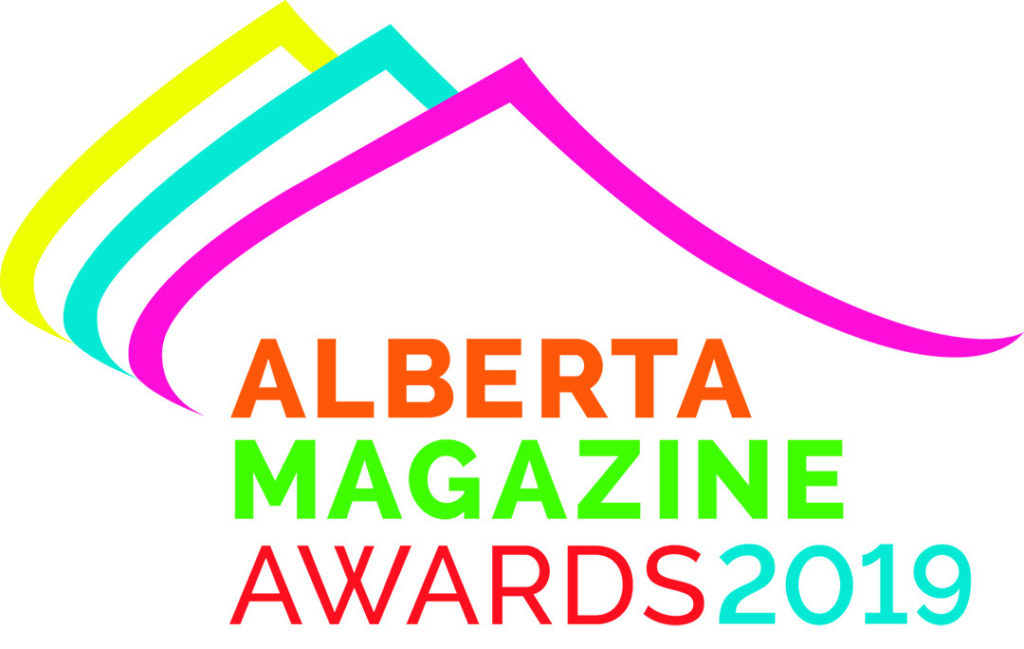 The Gold and Silver winners will be announced at the annual Awards Gala, to be held Thursday, April 4 in Calgary. This year, a panel of 57 judges chose finalists in 19 written and visual categories from more than 230 entries.

“The Alberta Magazine Awards program could not exist without the highly skilled professionals who volunteer their time and talents as judges. On behalf of the AMPA board of directors, I extend our appreciation,” said Suzanne Trudel, AMPA executive director.

The program honours and celebrates the work of Alberta’s magazine makers – the editors, art directors, writers, photographers, illustrators, and other creators – who collectively bring passion and insight to our unique Alberta culture and ensure Alberta voices and stories are shared throughout the province and beyond our borders.

“We’re delighted to celebrate another successful year in Alberta magazine publishing. The work all our member magazines produce contributes to the province’s cultural vibrancy and exemplifies the enduring resilience of magazine media,” says Trudel.

A full list of Showcase Awards finalists can be viewed at: albertamagazines.com/awards/awards-finalists/

The Awards Gala will be hosted by magazine lover and award-winning author Todd Babiak. The evening will also include the presentation of the Alberta Magazine Achievement Awards including Magazine of the Year, Best New Magazine, Editor of the Year, Volunteer of the Year and the Achievement in Publishing recipient.

Registration for the Awards Gala and for the 2019 Alberta Magazines Conference is open. Click here to register.