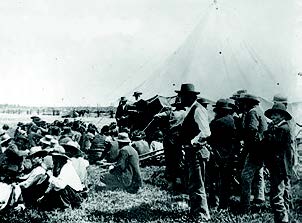 Treaty 8: A Partnership Between the First Nations Peoples and Settlers