The individual has demonstrated a history of creating excellent magazine content and/or products; achieved long-term success in the magazine industry; and made significant contributions to the Alberta magazine industry, including volunteer work, advocacy, leadership and collaboration. 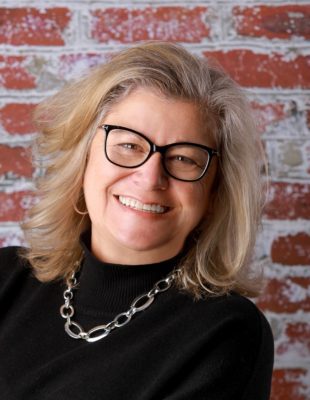 When friends and colleagues talk about Sherry Shaw-Froggatt, the word that comes up most often is visionary. As the driving force behind airdrielife magazine, Sherry built her career on a vision of promoting arts and culture in her community and highlighting the things about Airdrie that make the city much more than a bedroom community. Airdrie has a life of its own, and Sherry has dedicated the last two decades to making sure that life is reflected by amplifying local stories.

After years working in newspapers, Sherry decided it was time to stretch her entrepreneurial wings by creating a local magazine to promote all that she loves about Airdrie. She co-founded airdrielife in 2004 as a means to both attract potential residents to the growing community and highlight and celebrate the cultural movers-and-shakers and artists already living in town, giving fanfare where it was deserved while also helping to inspire other locals to make their mark in Airdrie.

By 2006, Sherry was airdrielife’s sole publisher, and since then she’s more than shown that there’s ample demand for locally focused and locally produced independent magazines. While her name may be at the top of the masthead, one of her superpowers is the ability to not only seek out and surround herself with experts who can help execute her vision, but to motivate them to get on board via her infectious sense of enthusiasm.

Over the years Sherry has kept airdrielife thriving and has also had incredible impact on the city of Airdrie itself. In 2010 she founded the Creative Airdrie Society and in 2011 launched the Amazing Airdrie Women Awards, honouring the achievements of other women working as local community builders. Her signature airdrielife events not only bring attention to Airdrie’s creative minds and unique businesses, but also raise money for important local charities.

All the while, airdrielife has prevailed as the cornerstone of Sherry’s vision — illustrating that magazines don’t just reflect communities but can help to build them.