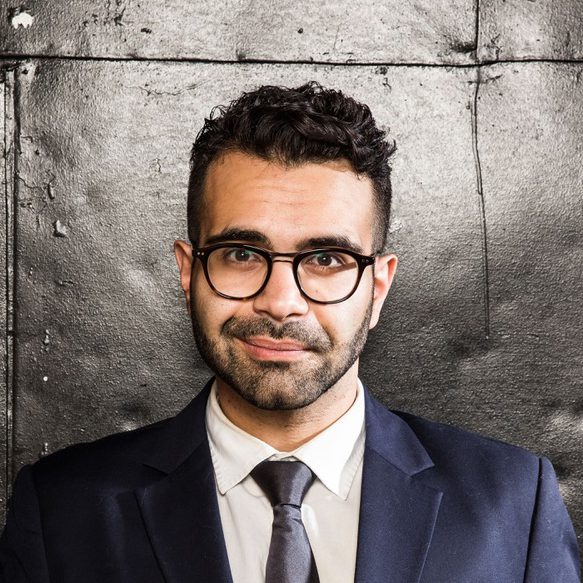 In addition to founding Pandemic University School of Writing, Omar Mouallem is an author, journalist and filmmaker. He’s contributed stories to The Guardian, WIRED, and NewYorker.com and received three National Magazine Awards and other honours. Several of his articles have been adapted into books and movies, including Praying to the West: How Muslims Shaped the Americas, which was named one of the Globe and Mail’s 100 best books of 2021. He also wrote, directed and produced The Last Baron, a CBC Gem original hailed by enRoute magazine as one of the best Canadian food documentaries.