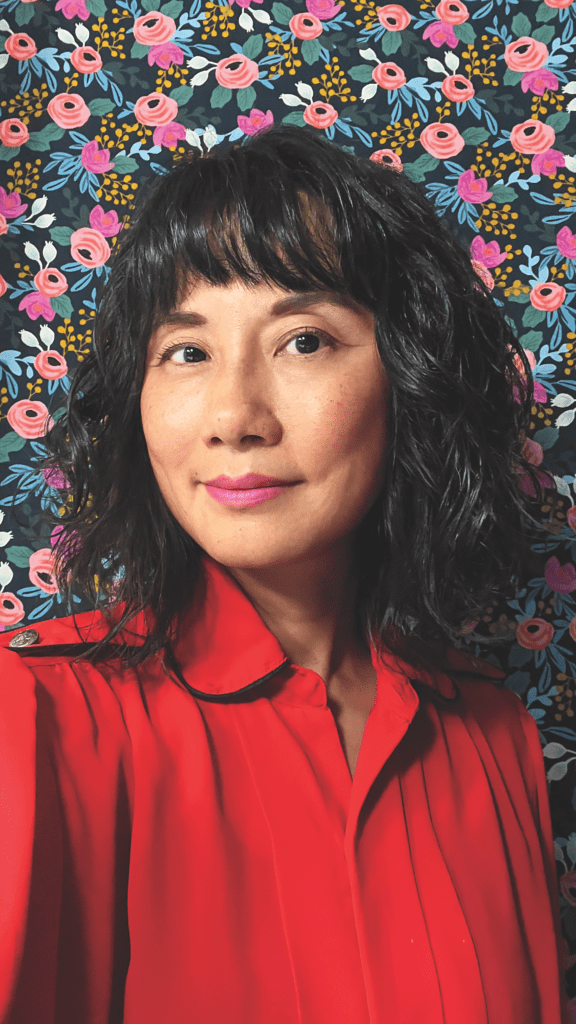 Creating Arresting Covers for Print and Digital with Sun Ngo

Chatelaine is one of Canada’s best-known and beloved media brands, publishing continuously in print since 1928. In this session with creative director Sun Ngo, we’ll learn how she approaches designing a women’s general interest magazine that balances food and style content with personal stories and reported features that tackle big issues. What is it like to design—and redesign—a brand as old as this one? How has the design process evolved alongside the brand’s digital evolution? What is the secret to those amazing covers? Sun has loads of stories to share, including integrating sponsors into covers and editorial, and how her years art directing Today’s Parent influence her approach today.

Sun Ngo grew up in rural Delhi, Ontario and graduated from the University of Toronto with a degree in sociology and criminology. She never took an art course growing up and can’t draw to save her life. Her first job out of university was at Random House Canada, whose parent company at the time was Condé Nast. There, she typeset thousands of pages of text, while dreaming of one day working at Vogue.

Sun’s passion, curiosity and anything-is-possible perspective has resulted in 20+ years of editorial design and art direction experience. She is currently the Creative Director at Chatelaine and previously worked as Art Director at both Today’s Parent and Weddingbells. Sun has won multiple National Magazine Awards, Media Innovation Awards and Digital Publishing Awards.

On the weekends, you’ll find Sun trying to close her Apple rings, at thrift stores collecting things that collect dust or sneaking a new plant into the house.

Taking Your Custom Content and Clients from Meh to Yeah! with Dan Rubinstein and Joyce Byrne

Any custom publisher or editor can relate: the dreaded meeting about ROI. And nobody wants to work on content that nobody will read! Writer and editor Dan Rubinstein knows a thing or two about creating compelling stories and getting the best out of writers, designers and clients. In this session for custom magazine teams (and anyone who has had to package a topic they weren’t in love with out of the gate) Dan will take us through some of the strategies and tactics for creating content for clients that is informative, delightful, and delivers that ROI. Dan is joined by long-time colleague Joyce Byrne for the second part of our session. Having worked together on many magazine projects, including taking them from ideation to award-winning reality, this duo will explore the experience of turning blah client magazines into bravo, retaining the business, and getting to the core of how great content delivers customers, drives donations, creates greater public awareness, builds brands — and gets more clients knocking on your door.

Joyce Byrne is Alberta Magazine Publishers’ past President and an award-winning veteran of the Canadian magazine industry. She has led creative, marketing and sales teams and boards in Toronto, Edmonton and Calgary, and has worked on nearly every type of magazine, from literary to light industrial, with consumer, business, health and cannabis in between. Joyce is AMPA’s curriculum consultant and the host of this year’s AMPA Webinar Series. Her personal brand is I Love Magazines.

Dan Rubinstein is a National Magazine Award-winning writer and editor who lives in Ottawa but got his magazine start in Edmonton, where he lived from 1998 to 2008. Currently the Senior Writer at Carleton University and Editor of Raven magazine, he freelances for a wide range of publications, including The Walrus, enRoute, the Globe and Mail and many others. A former Editor at Canadian Geographic, Alberta Views, Alberta Venture and Edmonton’s Vue Weekly, he has also edited custom magazines for clients such as Ottawa Riverkeeper and the Azrieli Foundation. His first book, Born To Walk, about the transformative properties of walking, was published in 2015. His next book will be about stand-up paddleboarding, which he loves even more than magazines. www.borntowalk.org

Everything is Figure-outable with Michelle Kelly and Rosemary Munroe

As advertisers face ever-increasing options for spending their dollars, magazines have struggled to stand out among platforms where there’s less onus on content creators to adhere to editorial ethics. But we know that the trust between readers and publishers is what sets our products apart—people read magazines because they know that magazines can be trusted. So how do we maintain that trust while competing with the likes of Facebook and Google?

Maintaining a separation between “church and state” is a constant endeavour. Which is why it’s critical for the sales and editorial teams to have a strong and realistic working relationship. It’s not always black-and-white—sometimes you have to find the grey.

In this session, we will outline how we manage to keep our clients happy while maintaining an ironclad trust with our readers (it IS possible!), including real-life examples of how we’ve overcome the inevitable challenges along the way.

Michelle Kelly started her career in publishing as the Office Manager at Cottage Life. Since then, she has held various positions in the editorial department at the magazine until she was named Editor in July 2015 and Vice President, Content, for Blue Ant Media in September 2019. She oversees all digital, social, and print content for the brand, including the recently launched Cottage Life Podcast. She sits on the Professional Advisory Committee for Centennial College in Toronto and is a board member for the International Regional Magazines Association. She is also the recipient of several Canadian National Magazine Awards, including Editor Grand Prix in 2021. Outside of work, Michelle volunteers for Ready Set Play, a non-profit group that helps provide youth access to organized sports. She lives in Toronto with her husband and two children.

Rosemary Munroe has worked as the Director of Media Sales and Brand Integration at Blue Ant Media since 2017, collaborating with clients to build multi-platform media solutions for Cottage Life. Prior to starting at Blue Ant, she served as Publisher for Today’s Parent, and was the founding Sales Director for Glow and Pure magazines. In addition, she was the Director of Brand Revenue Extensions at Rogers Media, with a portfolio including Maclean’s, Chatelaine, and MoneySense. Throughout her career, Rosemary has prioritized building strong collaborative relationships with her clients with the goal of developing engaging media solutions that deliver strong results.

Op-eds and columns have long been a mainstay of media brands, with the authors enjoying their own name recognition and building audiences–that follow them from outlet to outlet if they move around. In the West, several new digital first media brands have burst onto the scene recently, creating new spaces for writers and to the delight of readers. In this lively panel moderated by Omar Mouallem (Pandemic University School of Writing), Max Fawcett (National Observer), Jen Gerson (The Line) and Kyle Wyatt (Literary Review of Canada) will share the scoop on writing and editing columns…the short and the long timelines, the demands to promote yourself, how to find your niche and create a beat, and much more. This hour was built for writers and editors alike and will have room for your questions too.

Max Fawcett is the lead Columnist for Canada’s National Observer and the former Editor of Vancouver Magazine and Alberta Oil. He was born in Vancouver, lives in Calgary, and is distantly related to the worst Prime Minister in Canadian history.

Jen Gerson is a freelance journalist and co-founder of The Line, a commentary newsletter for Canadians.

In addition to founding Pandemic University School of Writing, Omar Mouallem is an author, journalist and filmmaker. He’s contributed stories to The Guardian, WIRED, and NewYorker.com and received three National Magazine Awards and other honours. Several of his articles have been adapted into books and movies, including Praying to the West: How Muslims Shaped the Americas, which was named one of the Globe and Mail’s 100 best books of 2021. He also wrote, directed and produced The Last Baron, a CBC Gem original hailed by enRoute magazine as one of the best Canadian food documentaries.

Kyle Wyatt is the Editor-in-Chief of the Literary Review of Canada, having previously served as the long-time managing editor of The Walrus. He holds a PhD from the University of Toronto, where he won the A.S.P. Woodhouse Prize for Best Doctoral Thesis in the Department of English.