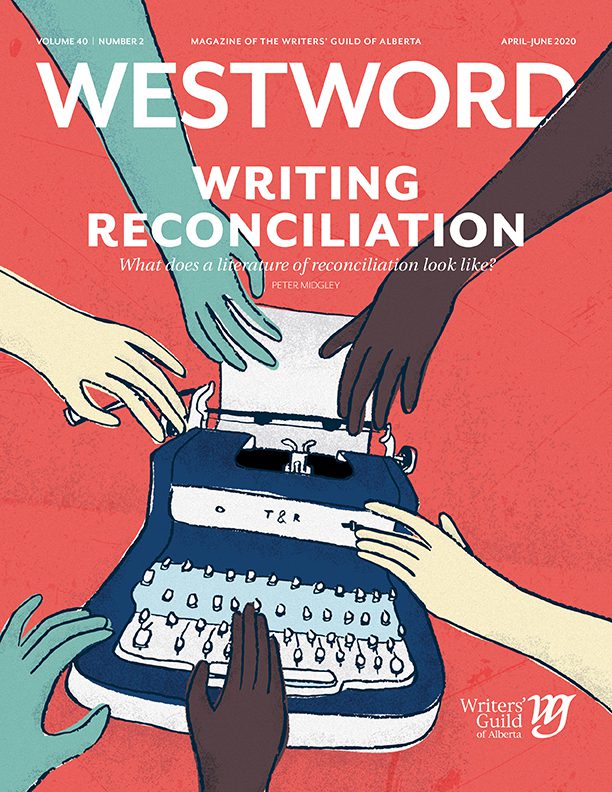 Writing is often a solitary pursuit, but it doesn’t have to be isolating. WestWord, the magazine of the Writers’ Guild of Alberta, is a publication through which writers can stay connected – a purpose that has been important during the pandemic, when many connections have been disrupted.

“As a writer, you spend a lot of time on your own anyways, so we’re kind of accustomed to that in a way. But I think the social aspect is difficult for people,” says WestWord editor Raymond Gariepy. “The magazine creates a connection so they don’t feel that they’re the only one out there.”

Subscriptions to the magazine are included with a membership to the Writers’ Guild of Alberta, which costs $80 per year and is free for students. The organization supports and advocates for writers, with the aim of benefiting Alberta’s culture and economy.

WestWord has changed recently to better represent the organization. In 2017, its publishing schedule changed from bi-monthly to quarterly, a decision driven by financial reasons but which allows each issue to be “a little more in-depth,” says Gariepy. A redesign in 2018 made the magazine more modern and presentable.

WestWord contains both features and columns, addressing topics including law for writers, personal essays and profiles of Alberta book publishers. Gariepy says the editorial team is trying to broaden the focus of the magazine to address more of the issues that writers face in Alberta.

For example, in the past year WestWord included essays pushing for an annual guaranteed income for writers and artists, or the need to diversify an overwhelmingly white publishing industry.

In addition to the shift in content, Gariepy says they are working to include contributors that better reflect the demographics of writers in Alberta: younger writers, BIPOC writers and writers who are part of the LGBTQ+ community.

When the editorial team of WestWord has a specific article idea in mind, for example, Gariepy says they will try to find a writer with the lived experience of the topic to write for them. It’s a conscious decision to nurture Alberta’s writing community.

“We’re looking at what we need to do to be more inclusive [and] trying to branch out from what would’ve been written about before,” says Gariepy.

My parents subscribed to several magazines – Life, Time, The New Yorker, Canadian Art – so I grew up with books and magazines. Life, which came out every week and was a large format magazine, really appealed to me because it had stunning photos. It was something that was very tangible and right there.

I get a kick out of putting things together and creating something; it really satisfies me to work with words and images. I’ve always enjoyed working in magazines over the years because I enjoy the people I work with.

Also, just knowing that you’re doing something important – the importance of writing and culture, and why we need that to know who we are. Especially at this time, we need arts and writers and musicians, actors, dancers more than ever to help us through.

Diverse. It’s fascinating to see how we go from the oil industry trade magazines to more creative magazines. But in terms of exposure, I don’t know if enough people know about it. I think it’s probably tough to be a magazine right now because people often get their news and information from elsewhere.

Ian Brown of the Globe and Mail. I also subscribe to Harper’s Magazine. I like that their content is diverse; they’re willing to explore lots of topics. I’ve discovered a lot of writers through Harper’s.

I think WestWord is working really well for our membership, so I’d like to keep it at the level it’s at and maintain that standard, which I think is quite high.

I’d like to get more advertising, as that’s a real challenge for us.