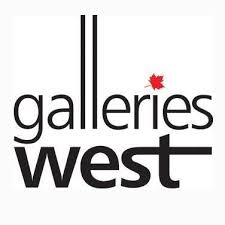 Reflecting on the past year, Galleries West publisher Tom Tait says he’s glad he got out of the print business when he did.

“In hindsight, it looks like we were pretty clever,” he says. “I certainly didn’t foresee a pandemic putting many of my former magazine colleagues out of business completely.”

Galleries West, Western Canada’s art magazine, was launched in 2002. Published three times a year, it had a print circulation of 17,000 to 28,000 copies. It shifted to digital-only in 2016, with a new issue released bi-weekly. Tait says there’s always more that can be done when it comes to the magazine’s online presence.

Starting in October 2020, Galleries West started commissioning short videos showing a behind-the-scenes glimpse into the process of an artist’s work. Because the videos are not focused around a specific gallery show, Tait says they stay relevant and engage with an audience for longer.

“The video is not only a change of pace, but it’s something that’s quite popular,” says Tait. “I think the audience is interested in the process, whether they are artists themselves or collectors. We’re all kind of curious about how [the artists] do this.”

Galleries West is also experimenting with long-form stories. Its editorial content typically ranges from 400 to 600-words, but Tait says a piece is in the works that will be around 5,000 to 6,000 words. It’s partly a test to see if there’s an appetite for substantial pieces.

“Long form gives us an opportunity for a writer to explore a subject more deeply,” says Tait.

In addition to longer stories, Tait says they are recruiting contributors for an ongoing “commentary” series that will focus on issues of interest to Canada’s visual arts community. They have run one column so far. (publishing second on April 29)

Tait says that the goal is to have “a series of independent voices that hopefully will promote further discussion and engagement with our readers.”

Even with the challenges magazines have faced during the COVID-19 pandemic, Galleries West has been able to continue experimenting with different forms of online content to engage the art community in Western Canada.

“It has underlined at least one benefit of always operating on a shoestring [budget],” says Tait.  “Never having had much money to work with, pandemic or no pandemic didn’t really make a difference.”

Sports Illustrated. I was probably in junior high school and it was where I could connect with my idols. It had wonderful action shots and I could read about people I had heard about on the radio.

In some respects it’s like the joy of being a parent – the joy of seeing something that you’ve worked on from an idea, through the realization and nurturing of it, and seeing it come to fruition to be something you can be quite pleased with.

Resilient. My sense is that the size and activity of the industry is disproportionately large compared to other jurisdictions in the country. The activity and support is very strong.

I have an admiration on the business front for Rob Tanner of Tanner Young Publishing Group. He’s been very resilient and able to deal with a variety of things in different sectors.

Editorially, I’d have to say I admire Käthe Lemon of Avenue. And I’m also very much an admirer of our own editor, Portia Priegert. It’s one thing to be working with a staff, it’s something else to be working totally on your own. For someone who was a writer but had not been an editor, to come in and take on Galleries West and be responsible for all of the story ideas and doing some writing as well, it’s quite remarkable what she’s done.

We have hired an intern, basically for the first time, and that could lead to us actually adding staff on an ongoing basis and moving away, a little bit, from the shoestring that we have been on. We’re trying to scale up a little bit.