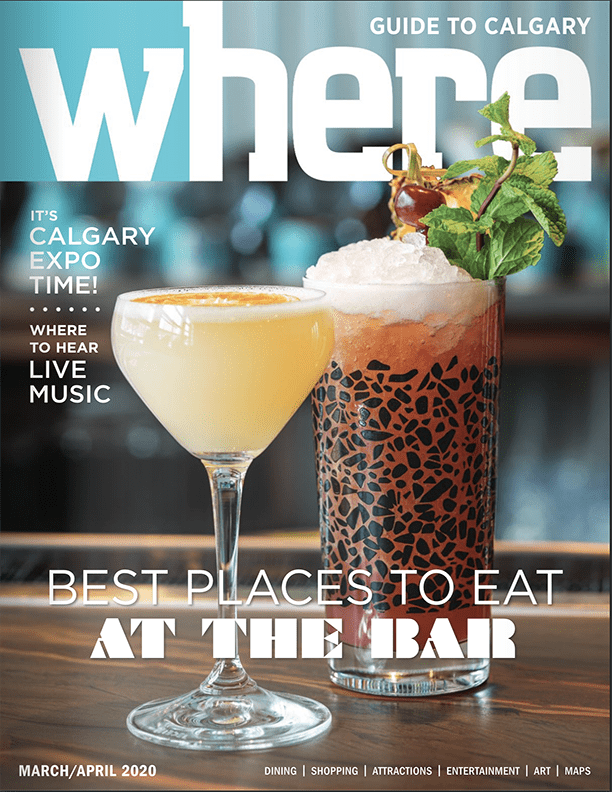 Member Spotlight: Buying a Magazine During a Pandemic

The magazine industry in Alberta might be “very challenging,” says Kyle Kerpan, but that hasn’t stopped him from finding opportunities in the challenges.

Kerpan is the publisher of Rocky Mountain Visitor (RMV) Publications. The company publishes Where Canadian Rockies, a guide to events, activities, shopping, dining and museums in Canmore, Banff, Jasper and the B.C. Rockies. It’s aimed towards travellers and visitors to the Rockies to help them get the most out of their vacation.

In February 2021, RMV purchased Where Calgary, previously published by St. Joseph Communications, and is planning to take it in a slightly different direction.

That means changes to the style of writing of Where Calgary to dial down the internal marketing efforts. Instead of a travel guide for tourists, “it’s more of a city guide to help you get the most out of living or being in the city.”

“When we looked at being able to have another market with integrated publishing and distribution, it’s something for us that made a lot of sense,” says Kerpan.

The first print issue of Where Calgary was planned to come out this July, but it’s been delayed due to ongoing mandatory health measures in the province. Because of the pandemic, Calgary businesses struggling from the lack of tourism aren’t ready to spend money on advertising.

“They need to see some sort of clearer path to recovery,” says Kerpan, which means that, for now, the print version of Where Calgary is in a “wait and see mode.”

In the meantime, the magazines are upping their digital game. In late November, Kerpan’s team released a new version of whererockies.com, and has developed a new website for Where Calgary as well. Digital content will be updated, even when the magazines aren’t publishing in print. Where Canadian Rockies is only published twice a year, summer and winter, so online content will help avoid restrictions to printed content based on their publication cycle.

Followers of Where Calgary’s social media will also see a change, as Kerpan says RMV will be active and engaged on the digital front with plans to add new content every day.

Also in development is an app for people to view the digital content of both Where Canadian Rockies and Where Calgary.

GQ. It was, and still is, very much a well-done piece targeted at male culture.

One of my favourite things about magazines is being able to go out and connect with people and ultimately help tell some of their stories and share the best of the Rockies and soon, the best of Calgary.

Very challenging. It’s not an easy industry, for sure, but it’s very rewarding.

Jack Newton, the old publisher of RMV. In the year that I spent with him, he really shared his passion for the publishing industry and it’s something that I’m really trying to bring forward.

Getting Where Calgary relaunched, and seeing the end of the pandemic.