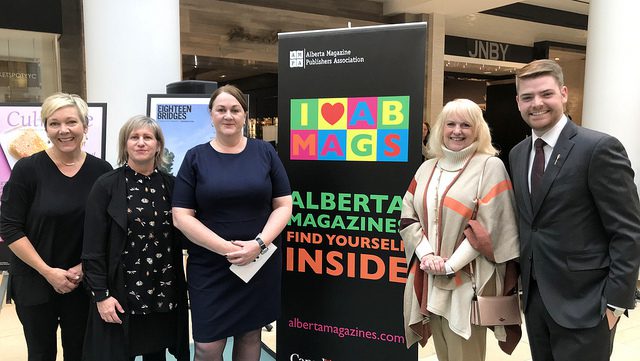 From the Government of Alberta’s News Release: “More support for Alberta’s magazine industry“

The Alberta government is investing in the province’s magazine publishing sector as part of its ongoing commitment to preserve Alberta culture, help create jobs and diversify the economy.

Over the next four years, an additional $219,000 a year will support Alberta magazine publishers. This will increase the sector’s annual funding to more than $650,000.

“Alberta magazines are experiencing a renaissance and provide readers with unique literary and visual experiences. Our government is proud to support the editors, art directors, writers, graphic artists and publishers who add to Alberta’s creative cultural landscape. I encourage all Albertans to pick up an Alberta magazine to explore new ideas.”

“Magazines serve as a trusted source of information and insight, prompting important conversations and helping to tell the stories that reveal Alberta’s diverse culture, rich history and promising future. The government’s far-sighted investment in Alberta’s magazine media will reinforce this important economic pillar, help boost capacity and broaden the impact home-grown magazines have, within Alberta and beyond.”