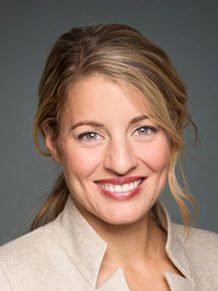 Toronto (September 28, 2017) – The Honourable Mélanie Joly, Minister of Canadian Heritage, confirmed that the Canada Periodical Fund will remain the primary vehicle by which the federal government supports Canadian magazines and paid community newspapers in Canada. This speech marks the culmination of a comprehensive review of federal cultural policy, during which Minister Joly had announced that “everything is on the table.”

In her speech, the Minister identified three “pillars” that will define her vision for Canada’s creative industries going forward: investing in Canadian creators and cultural entrepreneurs, promoting the discovery and distribution of content at home and globally, and working to strengthen public broadcasting and support for local news and information, including magazines.

“Whether they provide a guide to your own city or bring new intelligence to trade professionals, Canadian magazines build communities of readership that are unique and very important,” said Scott Jamieson, Magazines Canada Board Chair. “Serving a geographic or linguistic group, focussed on an artistic practice, delivering entertainment and news, or exploring sexual identity, Canadian magazines’ communities of readership are as diverse as Canadian society itself.”

Canadian magazines promote social cohesion, and are an important economic sector that contributes to Canada’s competitiveness. Canada’s nearly 2,700 business-to-business, consumer and cultural magazines contribute approximately $1.7 billion to Canada’s GDP. Canadian magazines are produced in every province and territory across the country, and are published in 34 different languages.

In her speech, Minister Joly signalled that the federal government recognizes the important role Canadian magazines play, both culturally and economically, and that Canadian Heritage officials will pursue their work to review and modernize the Canada Periodical Fund, all the while continuing to support the Canadian magazine sector.

“Magazines Canada is very pleased to hear the Minister confirm the continuing relevance of the Canada Periodical Fund,” said Magazines Canada CEO, Matthew Holmes. “We will continue our close work with officials at Heritage on ways in which to modernize the program and enhance opportunities for partnership and business innovation, while ensuring the government’s support to magazines is impactful and responsive to a sector undergoing rapid change.”

The federal government’s support for the magazine sector pre-dates Confederation, and was established to ensure Canadians could enjoy equal access to the information and stories that tie us together as a nation. The Canada Periodical Fund supports access to a rich diversity of Canadian storytelling and art, journalism, and trade intelligence critical to Canada’s social, business and creative fabric. Federal funding and policy support also ensures the advancement of both digital and print distribution channels that reach Canadian and international audiences and enhance Canadian magazines’ competitiveness in a borderless world.