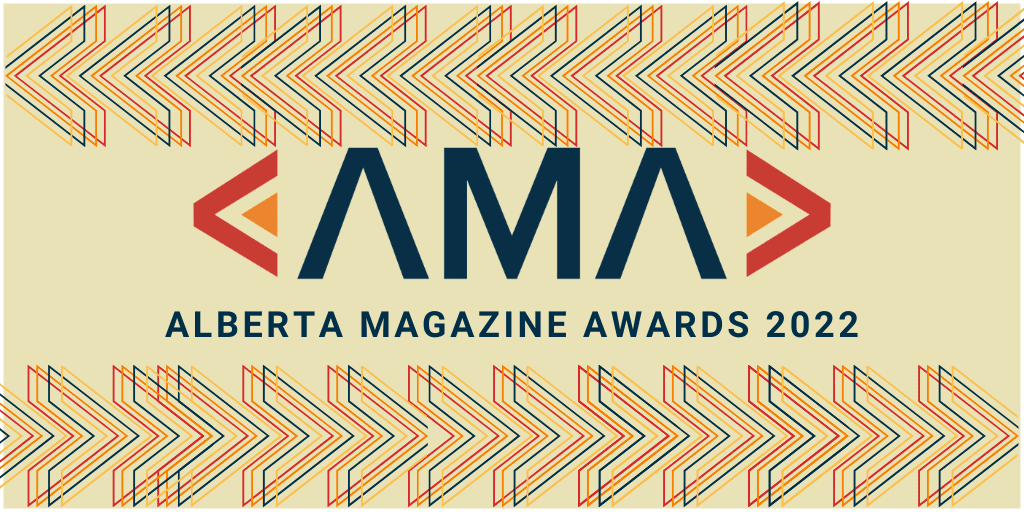 Calgary, September 22, 2022 — The best and brightest talents in the Alberta magazine industry gathered in Calgary on Sept. 22 to honour the winners of the Alberta Magazine Awards.

The annual event, hosted by the Alberta Magazine Publishers Association (AMPA) and judged by industry leaders from across North America, showcases the outstanding work of magazine professionals in the province.

“We’re pleased to celebrate another successful year in Alberta magazine publishing. Alberta magazine makers continue to demonstrate how their work gives voice to Albertans who may otherwise go unheard, helps readers make sense of the world around them and connects us to each other and to communities,” said AMPA executive director Suzanne Trudel.

“The work all our member magazines create contributes to Alberta’s vibrant culture and exemplifies the enduring resilience of magazine media,” said Trudel

Awards were presented for excellence in magazine content published in 2021 in 18 Showcase categories and five Achievement award categories. Magazine of the Year recipients were also announced for the four Western provinces.

IMPACT was named Alberta Magazine of the Year. Jurors said the magazine “stands tall among Canada’s fitness and healthy lifestyle magazines as a high-quality service publication.” Impact’s ability to engage readers through compelling and relevant stories carried the magazine to top spot in Alberta.

Asparagus was named the BC Magazine of the Year for its ability to create a “lively, practical and credible forum for readers interested in environmental topics and issues.” Conservator, Ducks Unlimited’s member magazine, was honoured in Manitoba and Blackflash, a magazine dedicated to showcasing divergent artistic practices and contemporary visual art was named Saskatchewan’s Magazine of the Year.

airdrielife magazine founder Sherry Shaw-Froggatt received the Achievement in Publishing award for her significant industry contributions in addition to her commitment to the proposition that magazines don’t just reflect communities but help build them.

Scott Messenger received the Editor of the Year award for his accomplishments with the NAIT online magazine techlifetoday. Judges said Messenger “helps creates in techlifetoday a stellar and interesting reading experience that serves its audience well.”