Volunteer of the Year

The individual can be anyone who has worked with an AMPA member magazine, has demonstrated that they bettered the Alberta magazine industry through their involvement, and has inspired others to take part in the industry. 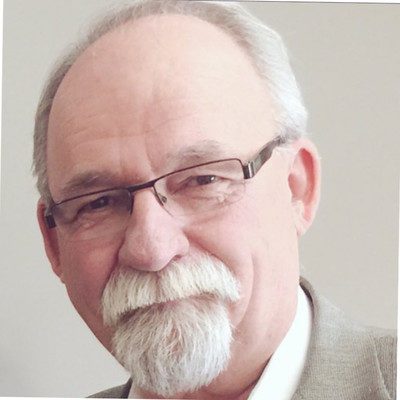 Rob Tanner’s outstanding contributions advocating for Alberta magazines spans his nearly 30-year publishing career. As president and group publisher of Tanner Young Publishing, Rob has overseen the development and growth of long-running titles WHERE Edmonton Magazine, Info Edmonton City Guide, Alberta Meeting and Event Guide, and Canadian Cowboy Country. Rob was an early AMPA member, and over the years has served in a variety of roles and positions for the association as a long-standing director, as president from 2005 to 2009, and on numerous committees and task forces. His approach to his duties on the board is built on inclusion, seeking out different perspectives, and fostering positive and thoughtful discussion.

Since its formation in 2013, Rob has provided important behind-the-scenes service to the industry through his leadership of the Extended Producer Responsibility task force. A complex file that is not for the faint of heart, Rob has remained engaged through years of meetings with a variety of Ministers of Culture and Environment in his efforts to lobby for effective recycling programs to divert landfill waste while supporting and protecting the resiliency of the magazine sector.

Rob also serves as the magazine sector’s representative at the Alberta Cultural Industries Association (ACIA) where he has held numerous board positions including chair, vice chair and secretary since its inception in 2000. His ACIA colleagues say his stewardship of the fund – which dispersed loan guarantees and micro loans to businesses in the four cultural industries – was well considered and fair. “As a businessman, Rob was always willing to put himself in the place of the applicant, regardless of industry, to get a sense of their needs,” says former ACIA director Faye Boer.

Rob’s volunteer efforts exemplify what it means to give back. He takes a wholistic view of the publishing industry, advocating on behalf of both AMPA members and the wider sector. He has been an effective and impactful champion of the Alberta magazine sector to governments, cultural organizations and our colleagues in the cultural industries. He has long been an effective and respected bridge builder and advocate for our sector, with an undeniable talent for telling our story and advocating our value as an essential cultural industry, highlighting our economic and culture-building contributions and the value we bring to Alberta and Canada.

A respected leader and mentor, Rob is known to be generous with his time and expertise in fostering talent, multiplying his contributions to the industry and helping to advance many careers right across our industry, showing a dedication to the process of making magazines that extends beyond his own business interests.