Editor of the Year

The individual has achieved standards of excellence in the creation of an Alberta magazine or magazines, demonstrating that they: fulfill the stated mandate or vision of the magazine through editorial content that is engaging and relevant to its target audience; and maintain high standards of editorial quality throughout the magazine.

The individual also demonstrates strong qualities of resourcefulness, collaboration and vision, as demonstrated by the nominee’s ability to: bring out excellence in writers; maximize economic and people resources in the creation of superior content; and engage stakeholders in venues beyond the magazine in ways that strengthen the magazine’s brand and sustainability. 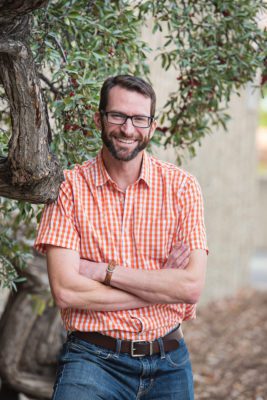 A good editor needs to assign and polish compelling content that will entertain, engage, and educate readers — and readers of NAIT’s techlifetoday magazine have long known that Scott Messenger certainly gets that job done. But Scott’s NAIT colleagues and writers also know that as an editor he has a gift for seeing great stories where they might otherwise be missed, while guiding his writers to help them create the very best possible version of every article the magazine runs.

Scott started working with NAIT and techlifetoday over a decade ago, first as a writer, eventually moving into an editorial role at the then-print techlife magazine. His knack for recognizing the nut of a seemingly ordinary story and teasing out something extraordinary has earned him a unique sense of trust with writers and readers alike. Working with both experienced storytellers and junior writers new to crafting professional pieces, Scott helps get stories up to techlife standards without compromising his writers’ integrity or voice. It doesn’t hurt that he’s a fantastic writer in his own right, applying the same standards to his own words (and a particular jolt of enthusiasm if he happens to be writing about the topic of beer).

Curious and considerate, Scott fills techlifetoday with award-winning stories, always keeping an eye on his mandate of bolstering NAIT as an institution, while running highly readable pieces that appeal even to readers with no connection to the school. Whether it’s an article about a notable alumnus, extraordinary faculty achievements, or social issues impacting campus life, Messenger ensures that the root of the story contributes to the overall narrative about NAIT’s role in the community.

In more recent years, Scott has faced the challenge of ushering techlife from a print format into a digital-only product, learning not only how to translate content to the online space, but also putting in the work to figure out how to best promote and distribute the publication to open up NAIT’s stories to more readers than ever before. Techlifetoday, like so many other magazines in the province, has changed, and Scott has proven to be just the editor to evolve along with it.