The individual can be anyone who has worked with an AMPA member magazine, has demonstrated that they bettered the Alberta magazine industry through their involvement, and has inspired others to take part in the industry. 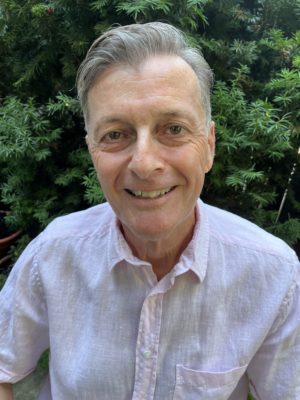 The magazine world is full of professionals with a wealth of knowledge pertaining to storytelling, design, ad sales, and distribution, but few people in the industry understand the intricacies of the unglamorous world of recycling. Sorting out who pays for recycling well-enjoyed magazines isn’t something that most publishers really want to unpack, and thanks to the incredibly precise work of Gary Garland, they haven’t had to.

While working in a senior leadership position with Magazines Canada, Gary, an industry veteran with a strong advertising background, was tasked with untangling the finer points of paper recycling and exactly how much Canadian magazines were being charged for blue box programs. There was concern that Canadian magazines, were paying a disproportionately large cut of municipal recycling costs, but since the topic was not within most publishers’ wheelhouses, the industry needed someone to translate the ins and outs of government policies and regulation so the industry could advocate for itself.

Gary possesses a unique sensitivity to a topic that requires a delicate touch given the number of stakeholders involved, and his ability to wade through and understand complicated sets of data made him the perfect person to sort through issues regarding recycling in a way that both industry players and government officials could easily understand. Since recycling is addressed on a province-by-province basis, Gary has generously come in and out of retirement since 2014 to assist AMPA’s Blue Box Committee in its creation of the needed material to advocate for an Extended Producer Responsibility system in Alberta that addresses our environmental impact without undue harm to our industry. Gary’s efforts have helped us to effectively advocate a strong position to the Alberta government about the value of our province’s magazine media industry and our role and impact in the recycling system, and to fine tune proposed regulation to prevent policy decisions that have unfairly penalized local magazines in other provinces.