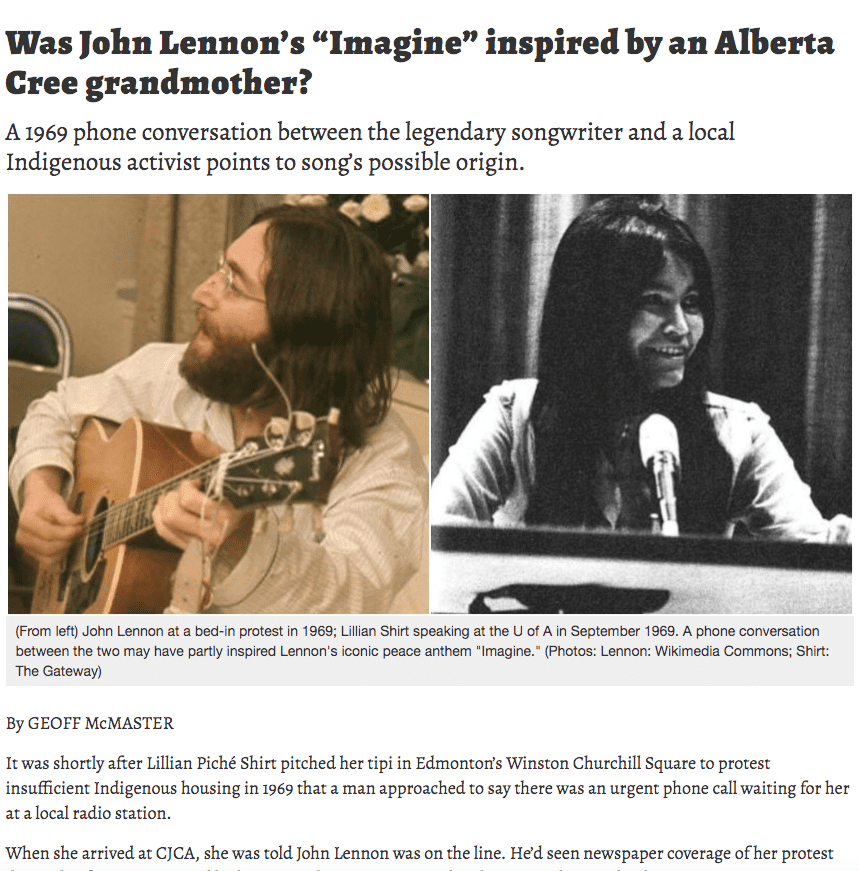 Was John Lennon’s “Imagine” inspired by an Alberta Cree grandmother?

In 1969, John Lennon called Lillian Piché Shirt after he read a story about her in the paper that said she had set up a tipi in a downtown Edmonton square to protest the lack of Indigenous housing.

He asked her if there was a message she would like him to convey to the world.

She told him some words in Cree that her grandmother had often told her. Translated, it meant, “Imagine that if, there was no hate, if we loved each other, we loved one another, that there would be no war between us.”

Lennon never credited Piché Shirt for the song. Our story looks at the efforts made by U of A Indigenous and history scholars to find corroborating details to support the story, which came to light in 2016 at a scholarly conference. 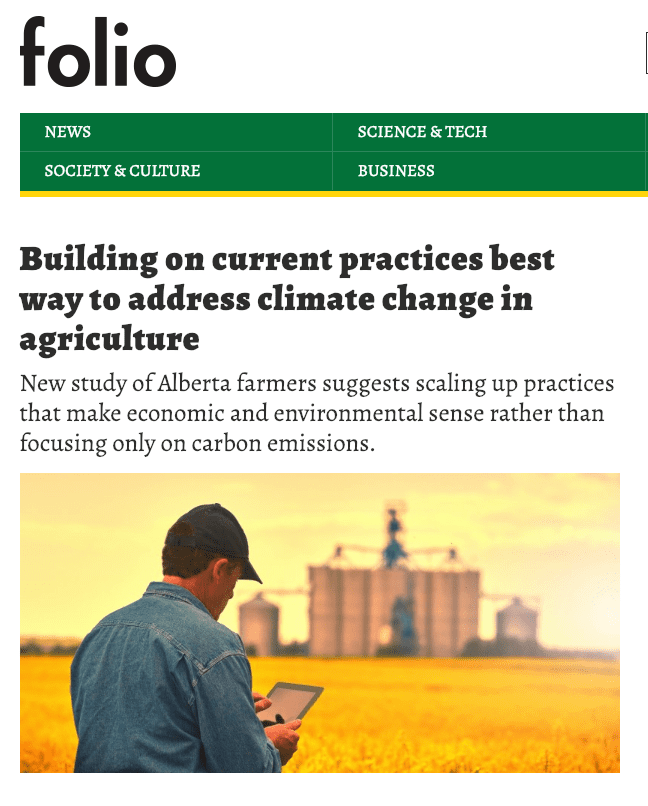